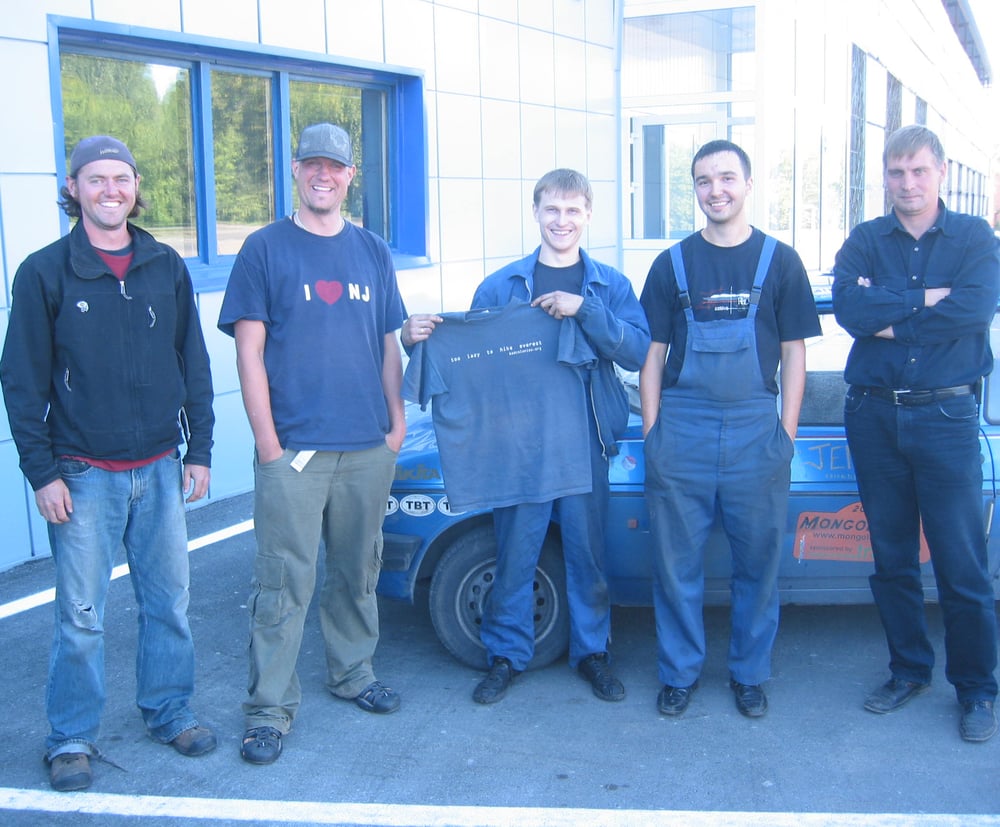 Somewhere deep in Siberia there lives a young-ish Merecedes mechanic that saved our rally. On particularly special Saturdays, he proudly dons his Bad Colonies t-shirt when heading out on the town. In between questions of why he is too lazy to hike Everest, he tells his side of the story. How one Saturday morning a group of crazy Americans pulled into the shop with a hand clutch Seat, half an inch of dirt everywhere, and one impossible request. He doesn't care that he has been telling the story for 10 years, he doesn't care that his comrades no longer listen, he doesn't even mind the holes that have formed in the shirt, because he knows, he knows what that shirt means, at least that is the way I imagine it going. I also imagine the guy on the far right of the below photo is still rather bent about not getting a shirt.

By the miracle of my laziness and the magic of a disorganized closet, you have the rare opportunity to acquire the very same t-shirt that young mechanic likely wears. While we were on the road, I had Patrick order a grip of fresh shirts, which of course were never sold. We have just 18 of the original shirts on hand and you know there is a guy in SIberia who desperately wants one, so get yours today.